Generally I’m shocked when I attend an event that has Gluten free food. I’m even more shocked that others not in the gluten free food booth know what gluten free is, and where to find it at their event. I was pleased we had good service and food at Wrigley Field. The Friendly Confines are celebrating their 100th year as a staple in Chicago. I happened to get tickets and took my boyfriend to his first Cubs game! I personally haven’t been to a game since I’ve been gluten free so this was an adventure for both of us.


I’d heard they did gluten free, but wasn’t sure where, because the names of places people had previously mentioned didn’t match the names of places currently at the stadium… I guess with their 100th year celebration they changed some names… (Oy!) Luckily we asked one of the beer vendors who was selling RedBridge, and he had some knowledge and pointed us in the right direction, but for more information we ultimately when to the Fan Experience booth and all 3 ladies were super helpful and even had a printed out list of what places had what options! Whoot Whoot! With some time to kill before the game we popped down to the Decade Diner where I had a great conversation with the lady who took my order and even got a RedBridge to drink. 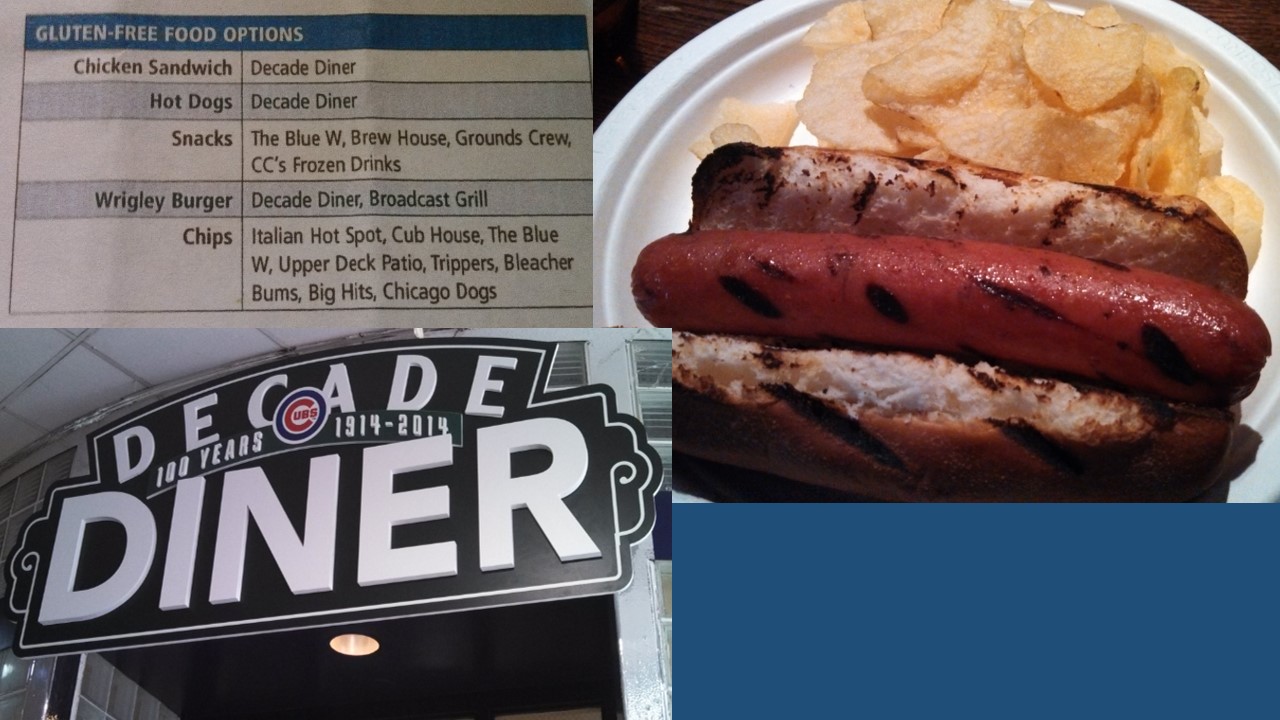 When they called out our order the server even shouted back “Gluten Free HotDog”! Dogs come plain with all the condiments off to the side to spice it up however you’d like, they actually had Ketchup too. Instead of French fries my side was Lay’s potato chips, so I did feel better there was no CC. We giggled each time they shouted out Gluten Free, there were a lot of GF peeps there before the game!


There were several places around the park to get snacks and Red Bridge. I had brought Kind Bars with me as a backup, because they do through bag searches upon entry, I wasn’t sure if more would be allowed. They were fine with my Kind Bars luckily. For a sporting event, this was the best menu yet! 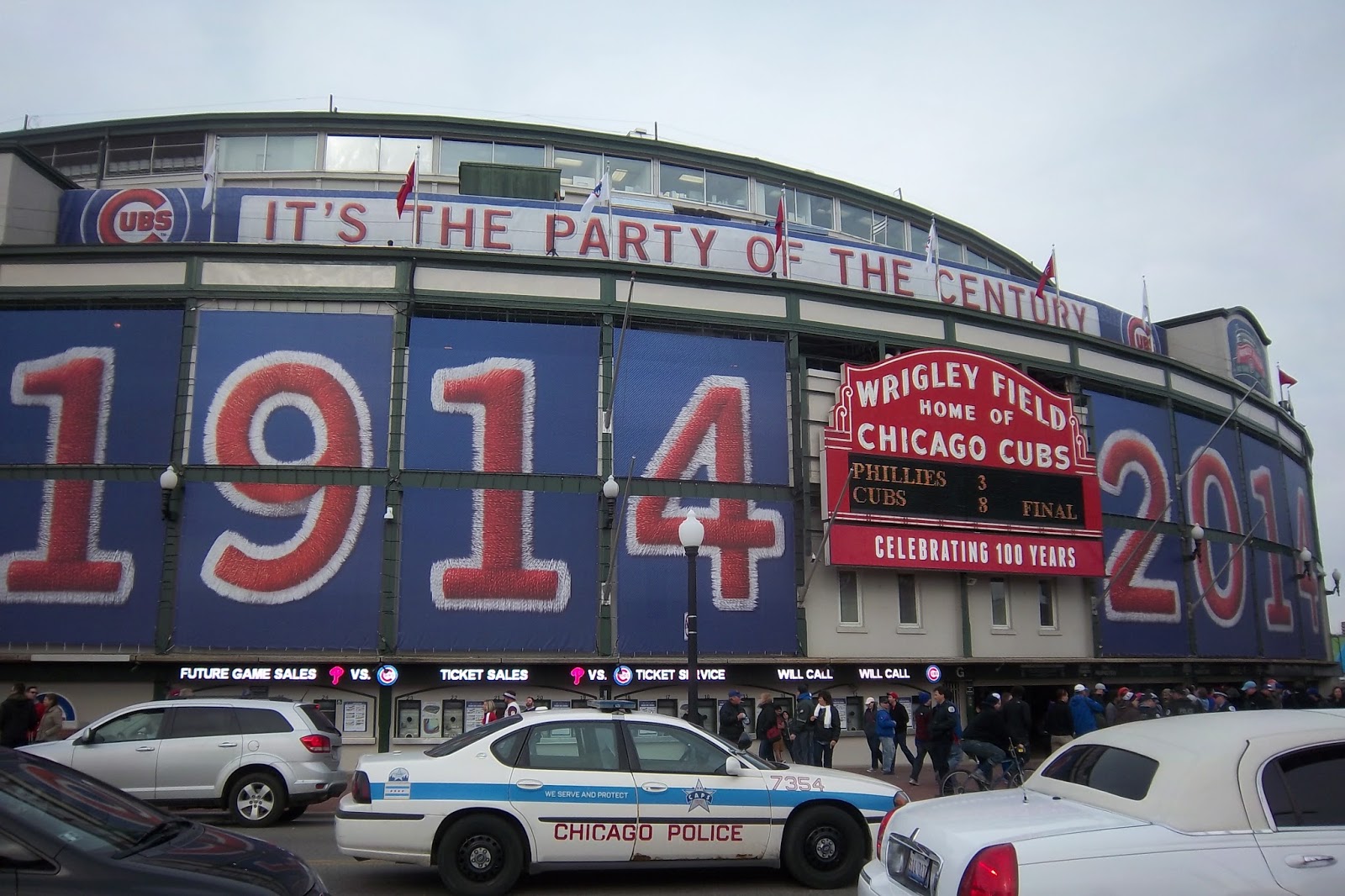 The over all knowledge of gluten free at the stadium was wowing, I was able to get information right at the park, and everyone was so polite about it. My hotdog was so tasty and I got a beer with it. Sounds cheesy, but it was nice to feel like an adult hanging out with everyone else.