A while back we noticed one of our few staples for Chinese food Wok N Fire was no longer in Addison. It was a sad day for us since PF Changs is a bit of a cluster to eat at on the weekends, (It can be an hour + wait!) and no other places that offer gluten free Chinese food really. Wok N Fire was now Bok Choy Asian Kitchen, which my fiancé felt was an odd name, since he finds it to be a disgusting, dismissive vegetable. :D I emailed them 3-4 times asking if they had gluten free options, with no response. Then out of the blue 4 months later I got an email “Yes we have gluten free options.” I wasn’t sold on their poor customer service so we skipped it. We finally gave in and decided to give it a try. My fiancé pulled up their online menu. It now lists gluten free options. So we opted to give it a try. 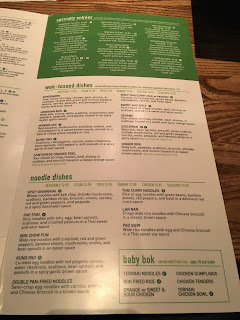 First off it was a Sunday night, not busy, no one at the hostess stand…. We got seated the host took us thru the whole place to find us a seat. The décor has not changed at all since the name change, a year ago. The server was a bit flaky but seemed to understand gluten free. We got a bowl of Edamame which is our favorite. Over all we were disappointed that the menu was Mostly Sushi, and some entrees off on 1 page. They had a whole page of mixed drinks and barely any non-alcoholic options. Wok N Fire had amazing ginger ales and lemonades, not at Bok Choy. We opted to try a couple things so we split the Teriyaki Chicken with Gluten free Fried Rice, and the Pad Thai. I Love Pad Thai, always have. Personally with steak is my favorite. So we ordered steak pad Thai. When our food showed up the server made sure to announce – “Both these dishes are made gluten free.” Great! Then as I stared at it I asked my fiancé, “What did he bring me?” My dish was most certainly not steak. It was chicken and tofu. He told us he rang it in correctly but the kitchen made whatever. (WHAT?!) Once I had him re-confirm that it was gluten free, I told him we’ll just eat it, no big deal. Next time I’ll have them re-make it. I Was NOT a fan of the tofu, the chicken was only OK. The Teriyaki Chicken w/fried rice was a LOT better. 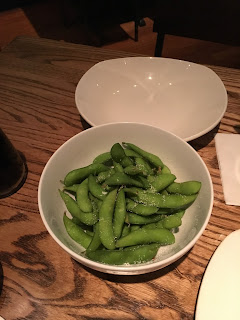 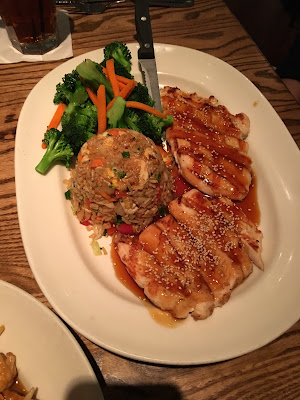 We can say we’ve eaten here, if I’m out with my sushi loving friends I might make a stop here again, but most likely not with my fiancé, there was so little on the menu that was worth having for a meal unless you want sushi. Which was sad, the fried rice was good. But I don’t think I can justify going to a place just for fried rice, unless it’s a really bad stress craving, and then we’d probably do carryout and get food elsewhere. The fact the kitchen made “whatever they wanted” annoyed me.

Personally not a fan of tofu, so I kept shoving it aside and just at the noodles, which lacked a lot of the usual Pad Thai flavor. It was hard to tell some of the chicken from the tofu, which was odd to me. I give them 3 dragonflies, while they have options, the kitchen isn’t attentive, and their menu is lacking from what it used to be. Plus our server seemed annoyed that I wasn't just happy with the fact he brought me "A" gluten free dish..